“Omg, you suck”. “There’s no way you can do that. You’re not good enough.” “Let’s be real—you don’t deserve success”.

As toxic as these are, the sad truth is that this is just the tip of the iceberg when it comes to the absolute sh*t (pardon my language!) we tell ourselves daily. And that’s just in general. There’s also that of specific domains in your life, like fitness.

🚩 Recognize any of those? Here’s a harsh truth.

By hiding behind self-limiting beliefs, you’re holding yourself back from improving your life in all aspects—including and beyond fitness.

So … how can you step out of the shadows of your self-limiting beliefs to be the best version of yourself? Find answers in this article.

What are self-limiting beliefs?

A limiting belief is exactly what it sounds like: a state of mind, conviction, or belief that you think to be true that limits you in some way. Limiting beliefs could be about:

As you can probably tell from the examples of self-limiting beliefs above, these false beliefs allow you to stay in your comfort zone.

But? Where there is comfort, there is no growth.

Holding on to your self-limiting beliefs keeps you from encountering new opportunities and life experiences.

You’re like the adult elephant who's long possessed the strength to tear up the fence post easily—yet still believe it’s a baby elephant unable to break free.

But hey. You’re not an elephant (obviously). So, why behave like one? Here’s how you could walk away from the fence—i.e., your self-limiting beliefs—in 5 steps.

The first step to overcoming your self-limiting beliefs is first to identify them.

Pay close attention to those little voices in your head as you go about your day: what are they saying? 💬 Are any of those thoughts or statements negative?

If they are, write them down. Do this for at least 7 days.

Step 2: Reflect on how these beliefs originated and how they have held you back

At this point, if you’re like most, you should have come up with a pretty long list of self-limiting beliefs.

Go through every single belief and ask yourself the following questions:

For example, let’s say I recognized that one of my self-limiting beliefs is that I can’t do the barbell back squat.

Ask yourself if holding on to your self-limiting beliefs is worth it.

Unfortunately, in most cases, it isn’t. And once you’re ready to accept that, you’re also primed for the next stage involved in overcoming your self-limiting beliefs: challenging them.

In general, self-limiting beliefs lose their power as soon as you consider that they may not be true. So don't be afraid to question your beliefs.

Think your metabolism is flawed? Well, what if you’re wrong?

By the way, these articles may help:

Imagine a world where your assumption is wrong: what would that look like? What would you be doing that isn’t possible right now?

That said, the key thing is that this new belief must be believable ✅

For example, if you believe you can’t go heavier than 2 plates on the back squat, the first step might be to say something like, “I have been able to progress on the leg press, so I know my legs have the strength to progressively overload on the barbell back squat, too.”

For me, the way I justified my new beliefs about the barbell back squat was to look up professional squatters with long femurs. And trust me, there are so many. All of whom are lifting heavy-ass weights.

So, give yourself reasons why you could believe these new, alternative beliefs.

Psst: your mindset really does affect your muscle growth. Learn more below.

Step 5: Be kind to yourself

Treat yourself with kindness. Be proud of yourself for having the courage to identify and tackle self-limiting thoughts and behaviors.

Need a dependable support system that'll be there for you 24/7?

Looking for a support system who'll be there for you as you challenge and overcome your self-limiting beliefs? You'll find it in GymStreak.

Beyond programming your workout routine for you, this smart AI-powered personal trainer app also offers access to a private community full of fitness enthusiasts who believe in their power to change for the better — like yourself!

A sneak peek of the app below:

Overcome Your Self-Limiting Beliefs With GymStreak

We're ready to help you. Just download the app, and you're all set.

Everything seems to work against you when you're dieting. Your energy levels drop and you're hungry all. the. time. Can refeed days help? Yes.

Can't seem to find that *sparkle* for your workouts back? You might be in the midst of an exercise burnout—learn what you can do about it here. 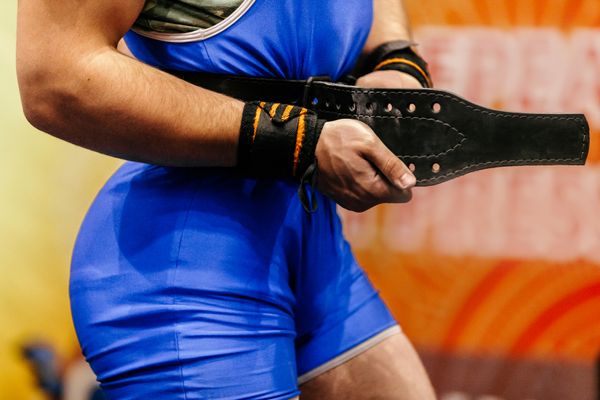 An hourglass figure. 10 kg off the scale in a month. Shining, gleaming abs. Does waist training really work? Let's find out in this article.